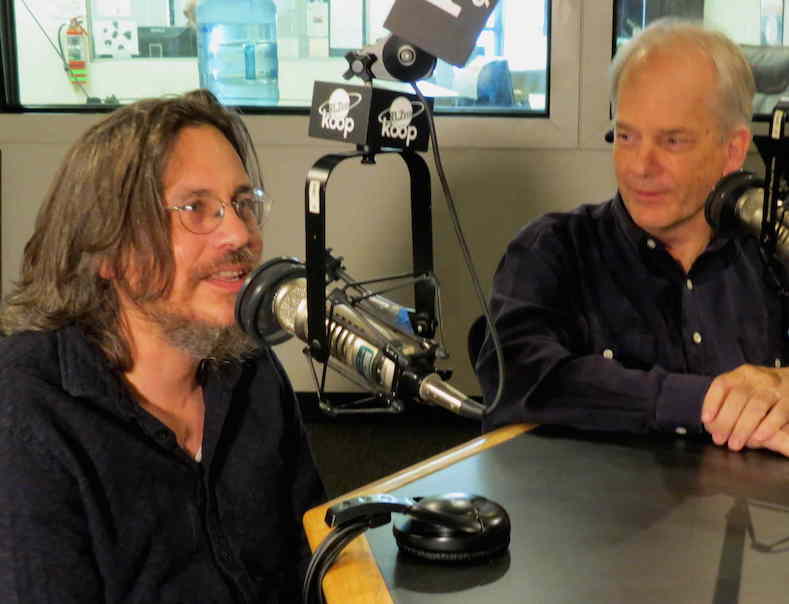 Noted Democratic strategist and Rag Radio political analyst Glenn Smith and Austin Community College Government Professor, Roy Casagranda, join host Thorne Dreyer on our latest edition of "Digging In!," our own unique view of the news. We spend some time focusing on the next two years, which may be harder than the last two. Trump is a wounded bear. What will he do? How will Dems react? In Texas, Democrats are stronger than they've been in years, taking offices in all the urban areas, closing the statewide gap, taking 13 seats in the House. What's next? The recent news on Michael Cohen is impossible to ignore. And Trump offered Putin the $50 million penthouse at Trump Tower? Other Topics include the Ukraine-Russia War, the U.S.-Saudi love/hate affair, the climate war between Trump and his government....Photo above: Roy Casagranda (left) and Glenn W. Smith. Photo by Roger Baker/Rag RadioRag Radio is produced in the studios of KOOP 91.7-FM, an all-volunteer, cooperatively-run, solar powered community radio station in Austin, Texas, in association with The Rag Blog and the New Journalism Project, a Texas 501(c)(3) nonprofit. It is streamed live on the Internet at KOOP.org and Radio Free America. The host and producer of Rag Radio, Thorne Dreyer, is a prominent Austin-based activist and writer who was a pioneer of the ’60s underground press movement. The show’s engineer and co-producer is Tracey Schulz and the staff photographer is Roger Baker; Suzy Shelor is Rag Radio associate; Alice Embree is guest host; and Glenn Smith is our political analyst. The syndicated show is broadcast (and streamed) live Fridays, 2-3 p.m. Central) on KOOP, and is later rebroadcast and streamed on WFTE-FM in Mt. Cobb and Scranton, PA., on Houston Pacifica's KPFT HD-3 90.1, by KKRN, 88.5-FM in Round Mountain, CA, and at WALHRadio.com in Wilmington, OH -- and as a featured podcast at Veterans Today. Learn more about Rag Radio here.

Uploaded by RagRadio on December 7, 2018